Constructing and Programming a Voice-Controlled Car

The voice-controlled car is very straightforward in its description, but much more complicated in execution. This project combines several aspects of engineering basics – mechanical engineering is needed to construct and wire the robot, the movement parameters have to be declared via code, and the voice recognition component is implemented via an app. It is a great project to really get immersed into all that BlueStamp has to offer and expand one’s engineering knowledge and ability. 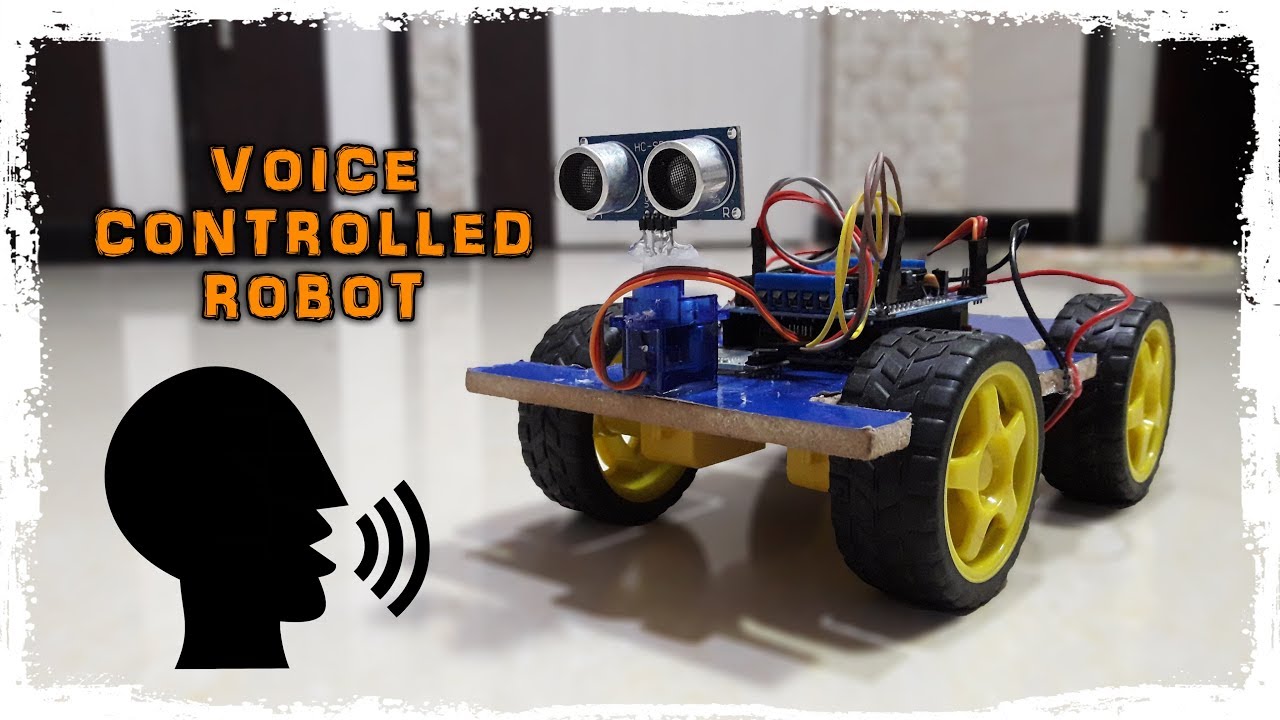 My final milestone revolved around combining all of the individual aspects that I had been working on so far. I finalized my code in both my App Inventor and my ESP-32 to enable voice-controlled movement for the robot. Now, once given the appropriate command, the car is able to drive forward and backward, and turn left and right, and even follow multiple commands in succession. The execution isn’t perfect, which is visible in my final milestone video, but all of the base aspects are present in the project and I’ve learned enough to expand on and improve them should I choose to. This project gave me experience with many of the prerequisites required to pursue more advanced engineering projects, and it was a very positive experience overall. 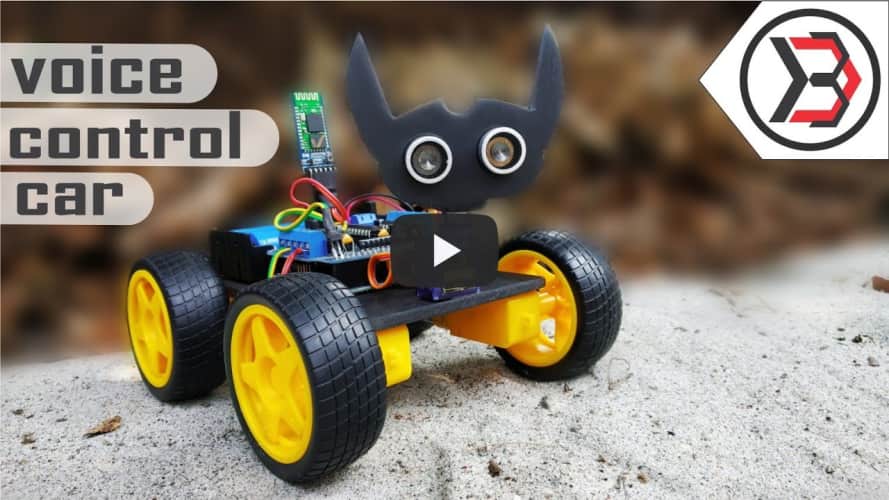 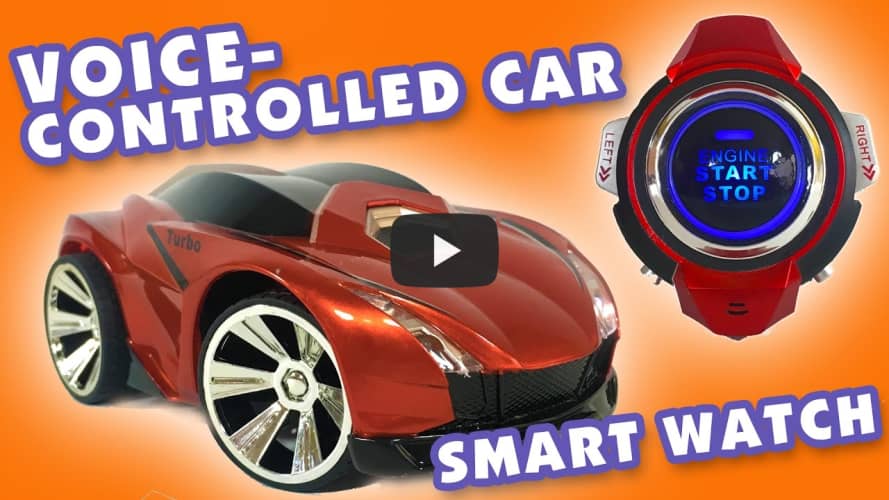 My second milestone consisted of handling the more digital aspects of my project. I first learned how to navigate and properly use the MIT App Inventor, which was the method by which I developed an app for voice-control of my car. This app contained a voice-recognition component (which thankfully was built into the App Inventor’s coding system), allowing me to speak into the microphone and have the app recognize my words and turn them into readable text. I was then able to delegate certain words and phrases for making the car move; this required a little bit of tweaking in the ESP-32’s code, but it was actually surprisingly easy. This milestone helped me learn about how all the components of the robot work together to create a functioning project.

A small snippet of the MIT App Inventor code I developed: 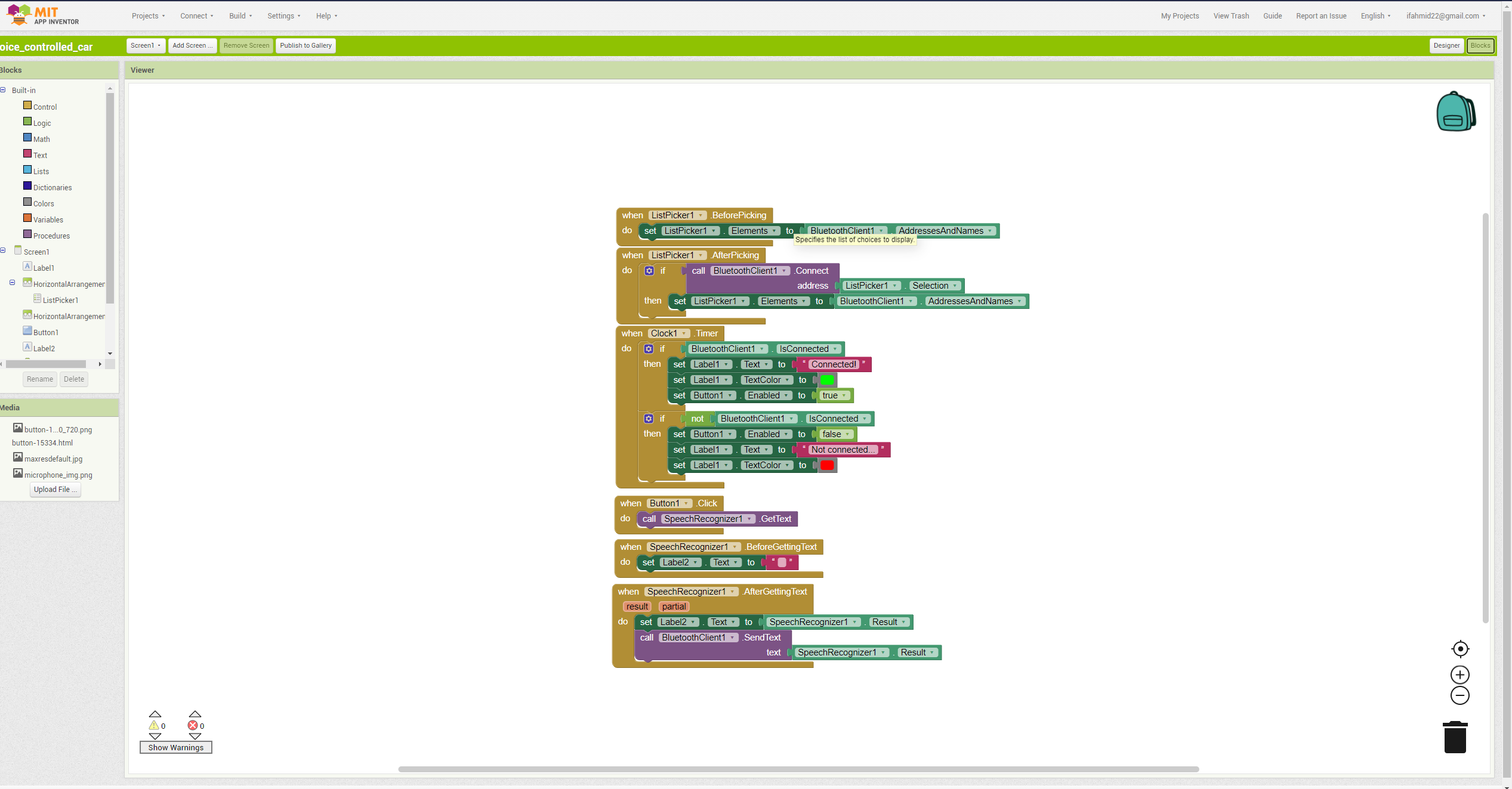 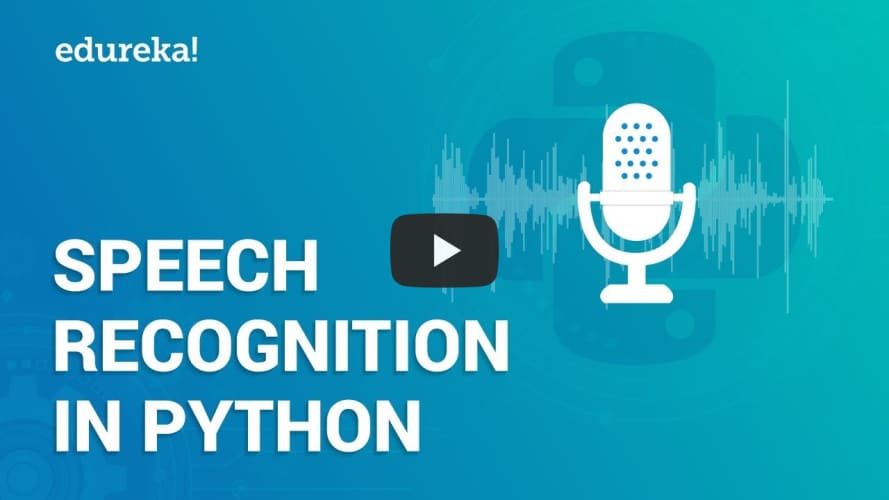 My first milestone consisted of two parts. The first was physically constructing the chassis robot, hooking up all of the components, and making sure they all worked properly with each other. The second part was programming the ESP-32 motor to control the movement of the car. Once finished with all these components, the car was able to drive forward and backward in a repetitive motion. Although a bit simple, it helped to make sure all the components were working well, and helped me gain a grasp on how to properly use and configure all of the parts. For a following milestone, I plan to work on general cable and part maintenance to make the robot look more aesthetically presentable, as well as an app to actually begin the voice-controlled section of the project.

A short gif of the car in action as of now: 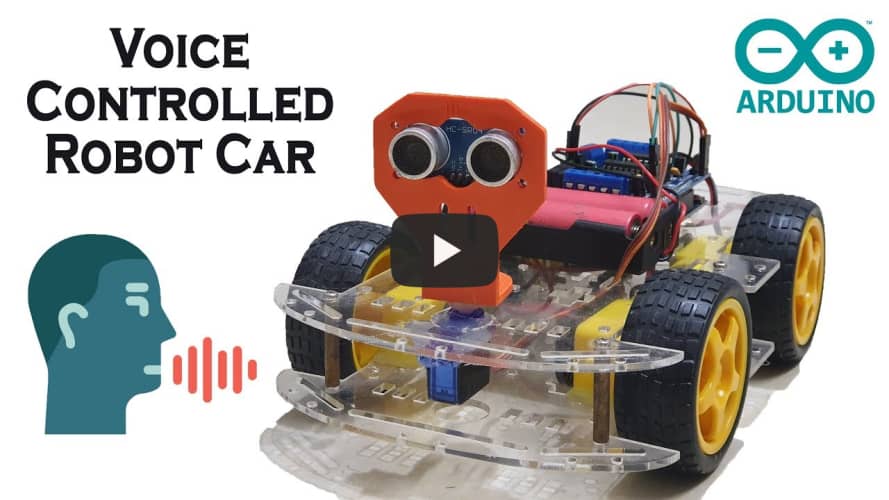